There is plenty of sporting talent on farms and in the rural areas of South Africa, and the Transnet Foundation is determined to find it and develop it. Much of this talent is hidden in underdeveloped communities, while most sporting infrastructure is centred in developed, urban areas. 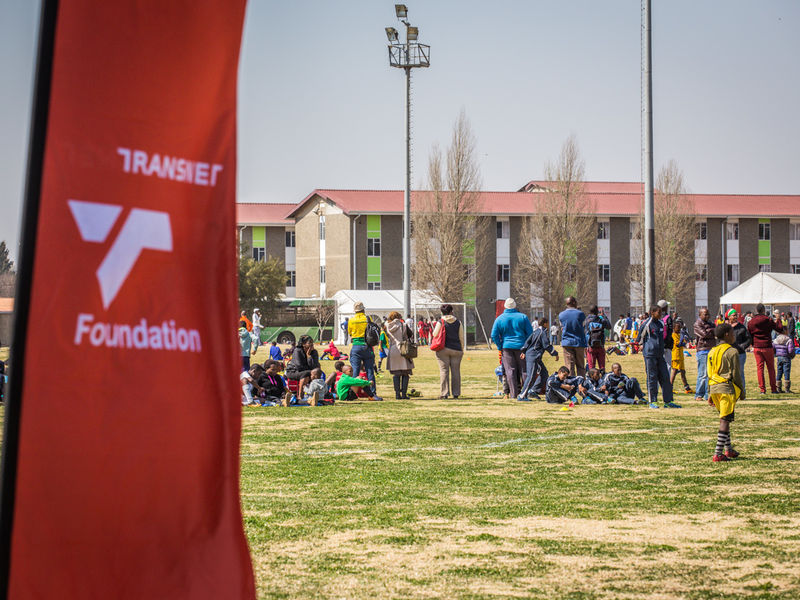 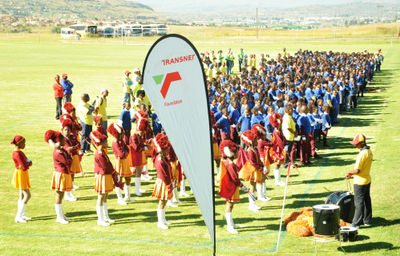 Although South Africa is rich in sporting talent, much of it goes undiscovered because it is hidden away in underdeveloped, far-flung areas and communities. Transnet does not shy away from these areas, but rather focuses on them and provides real opportunities to youth who fall outside the target areas of traditional sporting bodies. Through the Sport Development Programme, we can identify and develop young sports talent across the country and nurture it to excellence.

Sport has inherent attributes that foster positive traits and values, the key to any nation with the potential to prosper. Sport has the power to inspire people – whether watching an elite athlete excel after years of relentless training, or a disabled athlete complete in an Ironman triathlon, or seeing a weekend warrior push themselves beyond their usual limits to complete their marathon. Transnet uses the unifying and positive benefits of sport to shape the youth of South Africa. It is therefore no surprise that Sport Development is an integral part of the Whole School Development Programme.

The Sport Development Programme started as a Rural and Farm Schools Programme targeting Schools in rural communities in Eastern Cape, KZN, Mpumalanga, North West and Northern Cape. The programme was refined to include Transnet areas of operations across the country and is now implemented across the nine provinces. Transnet Foundation has strong partnerships at the different tiers of government to ensure success of the programme. Schools are identified in consultation with the Department of Basic Education, Provincial Department of Education and Districts. Local Organising Committees (LOC’s) are formed in all the Districts participating in the Programme.

The LOC’s are comprised of teachers in the participating Districts and Sports Officials from the Provinces. Transnet Foundation implements tournaments at District and Provincial levels, and provides apparel and equipment for the tournaments. Learners who show potential are selected to represent their Provinces at the annual National Sport tournament.

In addition Transnet offers a training programme for the sports officials focusing on the following:

The Foundation has started a pilot programme of offering bursaries to beneficiaries of the Sport programme, in order to ensure that they attain a tertiary qualification, while participating in soccer in tertiary institutions. 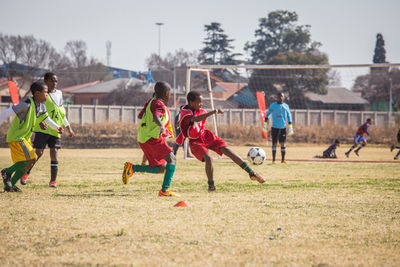 The SAFA Transnet Football School of Excellence is a flagship Programme of Transnet Foundation in partnership with SAFA. The school was founded to promote academic and football excellence for boys who have the ability to excel in football and possibly end up as professional football players. It functions as a close-knit society of soccer talent that is developed by excellent coaches and has a unique style of play in order to develop differential soccer players. The school accommodates one hundred and twenty boys enrolled for Grades 8 – 12.

The school has an academic programme that accommodates the intense physical training and coaching of the boys enrolled at the school. According to the education department, seven hours of academic contact time is non-negotiable and stipulated, followed by three hours of soccer training and development. The school observes two-hour compulsory study sessions in the evenings, taking place from 19h00 – 21h00.

The successful balance between academics and soccer is seen through the fact that in 2012 and in 2015, the Dream Team won the Kay Motsepe Tournament, while placing third in 2018. The school has also had five years of 93% to 100% matric pass rate. Academically, names such as Phakamani Mahlambi, Siyabongakonke Mbatha, Aubrey Modiba, Deolin Makoa, Siphamandla Sabelo, Pfano Ramadzuli, and Richard Moremi (a TUKS Honours graduate in Building and Construction, who is currently studying towards a Master’s degree at WITS), as well as a host of learners that graduated from NWU in the past 5 years are all a huge source of pride.

Phakamani Mahlambi played for BIDVEST Wits, was sold to Al Alhy and later joined Mamelodi Sundowns team. In recognition of the role of the Transnet Foundation in grooming Phakamani, BIDVEST WITS donated R2 million to the SAFA Transnet Football School of Excellence in 2018.

The School Of Excellence rolls out a talent identification programme each year, whereby Grade 7 learners across the country can attend soccer trials in the different provinces. The information about the soccer trials is communicated on different media platforms to ensure that the trials have a massive reach. The level of response from aspiring soccer players and their families is always overwhelming as young people want to be part of the School that has produced numerous professional players. The soccer trials are overseen by the School of Excellence coaches, soccer officials and judged by competent scouts. Learners who are shortlisted from the trials are invited to attend the final selection camps at the School of Excellence in Elandsfontein. The trial assessments focus on both football and academic abilities of the potential candidates for the School.

Transnet Foundation participates in Education Development Trusts in 6 provinces (Eastern Cape, Free State, Gauteng, KZN, Limpopo and Mpumalanga. The Education Development Trusts are legal entities that are partnerships with the provincial Departments of Education. The Trusts focus on delivering education initiatives aligned to Provincial Department mandates on Education. Initiatives in the different Provinces include but are not limited to Support for Science Centre Initiatives, support to Education Resources Centres, schools infrastructure development, District Improvement Programmes, online learning and teaching and teacher development.